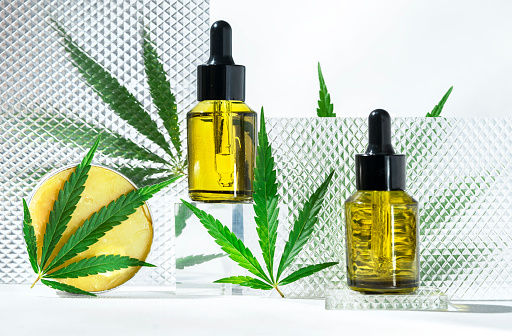 If you’re looking for ways to boost your brain power, you’ll want to check out some nootropic supplements. Nootropics supplements are substances that have been shown to have cognitive benefits, like boosting memory and focus. While there are many different types of nootropic supplements out there, each with its own unique set of benefits, we’ve compiled a list of the most popular ones for energy, memory, and brain health.

Nootropics are compounds that help improve cognitive function. They are often referred to as “smart drugs” or “brain enhancers”, and they can be found in many dietary supplements and herbal remedies.

Some of the best nootropics for boosting brain power include caffeine, choline, DHA, L-theanine, and omega-3 fatty acids. Many of these substances have been shown to improve cognitive function in preliminary studies.

Caffeine is the most well-known nootropic and it has a long history of being used as a stimulant. It is associated with improved vigilance, focus, and concentration. Choline is another common nootropic and it helps to increase acetylcholine levels in the brain. DHA is a type of omega-3 fatty acid and it has been shown to help improve memory and learning ability in preliminary studies. L-theanine is an amino acid that has been shown to promote relaxation and reduce anxiety. Omega-3 fatty acids also have anti-inflammatory properties which may be helpful for reducing cognitive decline associated with Alzheimer’s disease or other conditions.

It is important to note that not all nootropics are effective for everyone. Some people may experience adverse effects such as headache, dizziness, or diarrhea from taking certain substances.”

What is a Nootropic?

A nootropic is a substance or drug that has the potential to improve cognitive function. Nootropics can be found in supplements, food products, and even as self-care measures. Many people use nootropics for the general enhancement of well-being, but some also use them to improve mental performance in specific domains such as attention, learning, memory, and productivity.

How Do Nootropics Work?

There is no one answer to this question since the mechanisms by which different nootropics work are not fully understood. However, most experts believe that nootropics work through several mechanisms including increasing blood flow to the brain; enhancing communication between brain cells; protecting the brain from damage, and reducing inflammation within the brain.

What Are The Side Effects Of Nootropics?

The side ffects of nootropics vary depending on the individual supplement and may include nausea, diarrhea, headache, dizziness, increased anxiety or paranoia, and insomnia. It is important to speak with a doctor before starting any type of cognitive enhancement regimen because many of these drugs carry potential side effects that should be

Benefits of the Nootropic Industry

Nootropics are a class of supplements that purported to improve cognitive function and overall brain health. In recent years, the nootropic industry has grown exponentially, with many companies manufacturing products with promising benefits for users.

So what are the benefits of taking nootropics? Here’s a list of some key reasons to consider supplementing your diet with these substances:

Many nootropics have been shown to improve memory and learning skills, potentially leading to enhanced productivity. Some examples include caffeine, methylphenidate (Ritalin), and modafinil.

Many nootropics have been shown to reduce anxiety and stress levels, potentially leading to improved mental clarity and concentration. Examples include caffeine, L-theanine, and guarana.

Nootropics may help you focus better and be more productive in the workplace or school setting. Some examples include caffeine, L-theanine, choline supplements, and modafinil.

The first type of nootropic is caffeine. Caffeine is a stimulant that has been used throughout history as a way to improve productivity and alertness. While it does have some cognitive benefits, such as improved focus and concentration, it also has some negative effects, such as anxiety and withdrawal symptoms.

The second type of nootropic is choline. Choline is a nutrient found in animal-based foods like meat and eggs. It has been shown to improve memory and brain function in animals when ingested pre- or post-natally. However, there is limited evidence that choline supplementation helps humans with cognitive issues.

The third type of nootropic is omega-3 fatty acids. Omega-3s are essential nutrients found in fish oil supplements and vegetable oils like olive oil. They have been shown to promote brain health by reducing inflammation and improving blood flow to the brain. Omega-3s also help increase cognitive performance in healthy adults aged 65 or older who have normal intelligence levels.

How to Boost Your Brain Power

There are a number of nootropic substances that can help improve brain function and boost cognitive performance. Some of the most popular nootropics include Piracetam, Choline, and Caffeine. Here’s how to boost your brain power with the right nootropics:

Nootropics are supplements that can help improve cognitive function. While there is no one-size-fits-all approach to boosting your brainpower, the right nootropic for you will depend on a number of factors, including your age and cognitive history. However, some nootropics, like caffeine and omega-3s, have been found to be particularly effective at improving cognition in people with deficient diets or insufficient levels of certain vitamins and minerals. If you’re interested in boosting your brain power, read up on the different types of nootropics available and find one that suits your specific needs.

How Microdosing Edibles Can Help You Beat Depression and Anxiety